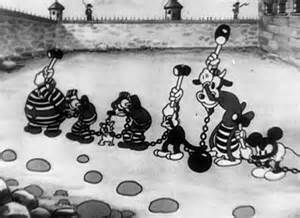 Oh, would that there were an easier path. Not so much this month.

We’ve got a combination here that indicates a whole lot of hard work. And that’s the positive possibility.

On the negative side, we’ve got a bunch of rigid, dogmatic individuals butting heads, with no one ready to back down. We’ll be up against the kettle of fish we’ve put ourselves into as a species. It’s time to deal with the places that we were total slackers, expecting others to handle the issues. Reckoning time, so to speak.

Everyone’s up against their limitations, especially those they’ve created themselves. Obstinacy is the bugaboo of the month. The year, in general, brings out abilities to take charge and move forward. But those abilities are severely hindered by obstinate individuality, by connection to detail rather than the big picture. I rarely suggest that you stop hugging trees, but this month I will. Instead, hug the whole dang forest.

Those who accept responsibility for their part in the difficult situations will be the ones who can move things forward. They’ll be doing more than their share, but they’ll be making use of the positive possibilities this month. All that detail work and organization has to happen (remember, we’re all making up for lost time), but it will happen successfully only with constant input and with constant attention to the big picture.

I know it’s not an easy environment to be in the midst of, but use the energies to clean up old stuff when it presents itself. Overspending, letting others handle what you should be managing, selfish bulldozing of others needs are all areas that come up for management. It’s nose to the grindstone to handle the cleanup, but there’s deep progress to be made.

If it feels like a prison sentence, at least it’s a short 31-day sentence. The alternative is a much higher pile of, er, poop to clean up next time this sort of energy cycles around.

Numerology is one of the especially helpful tools for making the best use of energies we’d rather skip.  Get in touch when you need.

I'll be back at On the Wings of Dreams for Tarot on Wings on the 10th December. Call the shop for an appointment at 304.876.0244. Walks ins are welcome if there's an opening.

5:30-6:30pm Yoga at Paynes Chapel Ridgeway Community Hall, Ridgeway, WV One more class on 1st December. We're at the corner of Rte 11 and Specks Run Road and, yes, you can drop in.