How are you at learning?  Are you hungry for new information, but you don’t always integrate and use it?  Are you like my partner, who tells me his brain is full, so he’s not accepting anything new?  Are you an “old dog” who bought the “no new tricks” lie?

Whatever we may think, learning is not optional, throughout life. If you are 92, sorry, you still have learning to do.  If you’re 62, yup, more learning in store.  If you’re 36, you’re not even close to done learning.  24 and just graduated college?  You only wish you were done learning.

We do best when we have a safe space to learn.  A lot of the responsibility for a safe space is completely up to us.  And the biggest threat to that safe space is our own thoughts!  Those nasty negative filters, some of which we don’t even recognize because they feel so much a part of us.

One of those filters is the “I’ve got to be good” voice, that voice that’s always grading us.  The problem is, we have to go through “not good” to get to “good” at anything.  The grading filter can encourage us to give up because “you’re just not good at this”.  As if that were the permanent state of affairs. 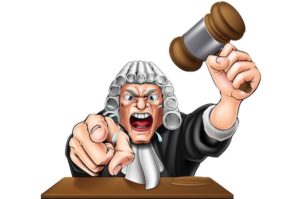 As a species, we favour the worst case scenario.  Back in the day (when I was a child and dinosaurs roamed the earth), if we weren’t good at a skill set – spear throwing or tree climbing or running fast, for example – being “not good” might very well have meant the difference between survival and being someone’s dinner.  Very little of our lives is that way now, but our mind is still easily led down that path.

“If you don’t get good grades, you’ll never get into college and you’ll spend the rest of your life just scraping by while you work the night shift at 7-11.”  Anyone remember a version of that one?

“If you don’t show the boss what you can do, you’ll get passed over for the new hires, who will eventually force you out and you’ll have to make do with a cardboard box under a bridge for the rest of your short and unpleasant life.”  Is that part of your zeitgeist?

“If you’re not good socially, all the cool kids will laugh at you.  You’ll be culturally ostracized.  Even the dweebs won’t want to hang out with you, and you’ll die alone and forgotten.”  Ummmm.   (By the way, let’s hear it for the dweebs and weirdos and their endless surprises and creative moments.)

In our household, as a child, we had a 2 year commitment rule on anything we wanted to learn.  That was about enough time to go through a whole bunch of troughs with some enlightenment moments and, if we were lucky, a couple of glittering successes.  We learned that there were ups and downs in the learning process.  We learned that we could go from absolutely, painfully, sucking at something to being not half bad with, at least, a limited skill set. 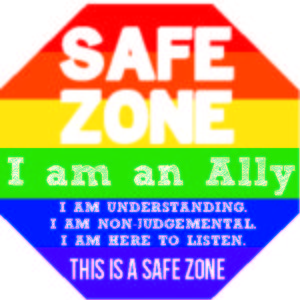 We also learned that “being good at” could have very little to do with why we would do something.  It was more about becoming familiar with an aspect of ourselves than about getting a literal or metaphorical grade.  Sometimes that aspect of ourselves was the realization that, hey, I really like doing this, even if I’m on the “failing grade scale”.  (And who are these cosmic scale setters, anyway?)

As a yoga instructor, I never run out of opportunities to point out chances for my students to just notice what they’re doing, rather than waste time assessing based on expectations.  And certainly not assessing based on comparisons with others in the room.  A student who has just had an aha! moment in a posture that s/he’s not yet very “good” at is being brilliant at learning.  That enlightenment moment can carry over into other postures or aspects in life, which is certainly exceptional learning.

Can you let go of your inner headmaster and just be aware while you’re learning, rather than try to judge and grade your standing? Can you stand by the part of yourself that’s struggling to understand and change?  Can you minimize the impact of your judgmental self and create a safe space to continue the learning adventure?

You can, if you’ll let that be a learning adventure in itself.

DUE TO COVID 19 CONSIDERATIONS, PRIVATE CLASSES AND APPOINTMENTS ARE VIA VIDEO OR PHONE. CONTACT ME FOR INFORMATION. PEACE AND HEALTH TILL WE SEE EACH OTHER IN PERSON AGAIN